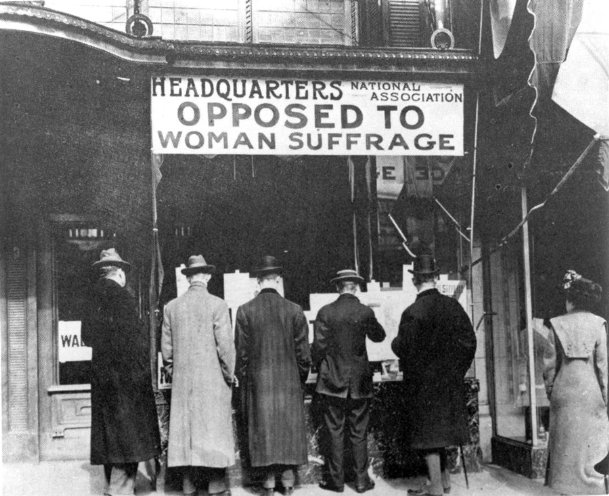 Passersby pause outside the New York headquarters of the National Association Opposed to Woman Suffrage, ca. 1919. A pop-up exhibition marking the 100th anniversary of ratification of the 19th Amendment and women's voting rights opens March 2 at the Columbus-Lowndes Public Library. A free presentation by speaker Rebecca Tuuri is March 17. Photo by: National Archives, Records of the U.S. Information Agency 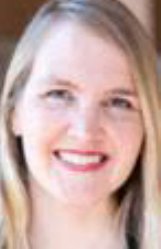 Starting March 2, the Columbus-Lowndes Public Library System will host a pop-up exhibition from the National Archives, "Rightfully Hers," commemorating the 100th anniversary of the ratification of the 19th Amendment. The celebration will also include a presentation by Rebecca Tuuri titled "The Challenges of the First Fifty Years of Women's Suffrage" on March 17 at noon.

"Rightfully Hers" contains simple messages exploring the history of the ratification of the 19th amendment, women's voting rights before and after the 19th, and its impact today. Despite decades of marches, petitions and public debate to enshrine a woman's right to vote in the constitution, the 19th Amendment -- while an enormous milestone -- did not grant voting rights for all. The challenges of its passage reverberate to the ongoing fight for gender equity today.

"Rightfully Hers" co-curator Jennifer N. Johnson states, "The ratification of the 19th Amendment was a landmark moment in American history that dramatically changed the electorate, and although it enshrined in the U.S. Constitution fuller citizenship for women many remained unable to vote."

In conjunction with the exhibition, Turri's presentation will examine the first fifty years of the women's suffrage in Mississippi, with a focus on the work of the Mississippi League of Women Voters from the months before the ratification of the Susan B. Anthony Amendment through the late 1960s when the state's League was transformed into the progressive and interracial group that it is today. She will illuminate on both the successes and challenges of Mississippi women's early efforts to empower voting women around the state. Tuuri is an assistant professor of African American and American history at the University of Southern Mississippi.

The exhibit runs through April 25. Both the exhibit and presentation are free and open to the public.

The presentation is sponsored by the Mississippi Humanities Council and the Friends of the Columbus-Lowndes Public Library.