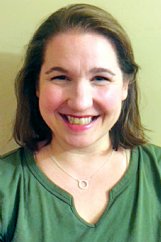 I got home from work last Friday night, and I really, really, really did not want to cook. At all. Do you feel me, ladies and gentlemen? By the end of a full week of teaching, the last thing I want to do is figure out something to feed my family.

I mean, I love them and all, but they expect to eat three times a day. Can you believe that? I just think it's a little selfish, is all. Why can they not be more like puppies? Or fish? Two meals a week seems much more reasonable.

But alas. My family members are human, not fish, and so I had to figure something out. I knew I had boneless, skinless chicken breasts in the fridge, so I began casting about for a hands-off recipe to use them in so I could change into my pajamas and fuzzy socks while supper cooked.

This recipe is one I'd been meaning to try for ages, but it calls for sun-dried tomatoes and fresh baby spinach. I never have sun-dried tomatoes on hand and only rarely have fresh spinach. We are really more of a canned tomato and frozen spinach sort of family, if you want to know the truth.

And so I followed in the footsteps of Christina -- my inimitable mother -- and millions of mamas who came before her: I winged it.

I subbed diced tomatoes for sun-dried and omitted the spinach entirely. I used up the bag of pasta I had and the whole brick of cream cheese instead of just 6 ounces ... because really, what am I going to do with two piddling ounces of leftover cream cheese?

I grated the Parmesan until it was so thin I became afraid my knuckles would scrape the grater, and that amount totaled more than the amount called for in the original. I never keep chicken broth on hand, and so I used some water and a generous tablespoon of Better than Bullion.

I sauteed the chicken breast, dumped in the other ingredients, and scurried off to my room to change. And you know what? It turned out pretty tasty, even if Zack does insist on calling it "Tucson" chicken pasta because it's so far from the original.

Amelia Plair is a mom and high school teacher in Starkville. Email reaches her at [email protected]

(Source: Adapted -- a lot -- from tastesbetterfromscratch.com)