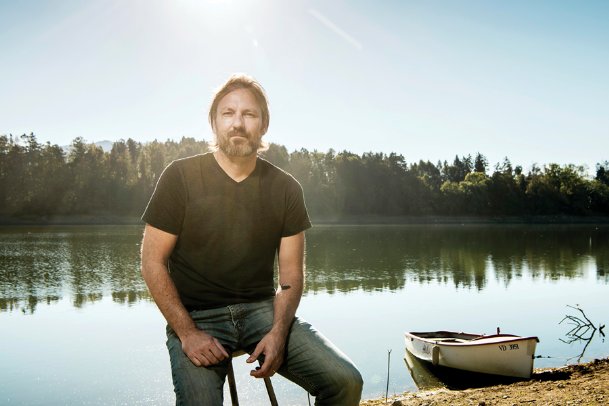 The public is invited to a reception from 5:30-7 p.m. Wednesday at the Columbus Arts Council's Rosenzweig Arts Center in honor of Michael Farris Smith and the release of his novel, "Blackwood." Photo by: Courtesy photo

“Unsettling,” “heartbreaking” and “frequently astonishing” are a few of the words Kirkus Reviews uses to describe Michael Farris Smith’s latest novel “Blackwood.” Disturbing, harrowing, powerful also apply to Smith’s Southern gothic fiction, to be officially released Tuesday. On Wednesday, the Columbus Arts Council will host a reception in the writer’s honor from 5:30-7 p.m. at the Rosenzweig Arts Center, 501 Main St. Smith, a former Columbus resident now living in Oxford, will read from and sign copies of the novel published by Little, Brown and Co.

“Columbus will just be our second event, the day after the release in Oxford,” Smith told The Dispatch. “I like doing all the Mississippi stops first. It’s always a really fun week, to see so many people who support you and know you.” For March, Smith already has signings in Alabama, Georgia, Tennessee, North and South Carolina and Florida.

Columbus Arts Council Executive Director Jan Miller said, “We are so excited that Michael wanted his second book signing at the arts council in Columbus. That speaks volumes. We can’t wait.”

“Blackwood” is Smith’s fifth book, but the launch of a novel still generates excitement.

“It’s still a thrill. I still get that feeling of anticipation of a new book coming out,” said the author, who is an associate professor of creative writing with Mississippi University for Women.

The concept for “Blackwood” began with a landscape, Smith explained. A kudzu-choked valley set ideas in motion.

“I just imagined this deep valley absolutely swallowed by the kudzu,” he said. “What kind of ghost stories might arise from something like that, or what if there was something lurking underneath there, whether real or imagined?”

The result is a gripping tale set in fictional Red Bluff, Mississippi, a little drying-up town past its better days. Early on, readers meet a cast of broken people whose stories will intersect in page-turning fashion: a troubled junkyard sculptor named Colburn who is returning to Red Bluff, and Celia, a barefoot bar owner who never really left. Central throughout the book, yet never named, are an itinerant man, woman and boy who upend the lives of everyone around them.

In considering “Blackwood” and his previous books — “The Fighter,” “Desperation Road,” “Rivers” and “The Hands of Strangers” — Smith feels fortunate to have been able to tell the stories he wanted.

“Every one of them has turned out to be exactly what I wanted them to be,” he said. “Every one has been my own novel and my own vision. I haven’t had to compromise anything.”

As the “Blackwood” book tour begins, Smith looks forward to revisiting and talking about characters he first created some time ago.

“It’s almost like a reunion, and fortunately I like my characters, so there’s none I want to avoid,” he laughed.

In addition to the book launch, Smith has been busy with film projects. Currently, his 2018 novel “The Fighter” is being cast by film directors/writers Parker and Graham Phillips, based in New York and Los Angeles. The brothers are directing the film that, when finished, will be titled “Rumble Through the Dark.” Cassian Elwes, known for “Dallas Buyers Club” and “The Butler,” is producer.

“The plan is to shoot it in the Delta, which I’m thrilled about,” said Smith, who wrote the script.

California-based Brad Smith, formerly of West Point and Columbus — and an original member of the band Blind Melon — is creating the musical score.

“It’s something to have two Mississippi boys from such a close proximity to end up years later working together on it,” Smith remarked.

“Blackwood,” as well as Smith’s 2017 novel “Desperation Road,” have also been optioned for film.

Smith’s books have appeared on Best of the Year lists with Esquire, Southern Living, Book Riot and others, and have been named Indie Next List, Barnes & Noble Discover and Amazon Best of the Month selections. He has been a finalist for the Southern Book Prize, the Gold Dagger Award in the UK and the Grand Prix des Lectrices in France.

For more information about Wednesday’s event in Columbus, contact the CAC at 662-328-2787 (closed Mondays).