Eliza’s letters: A voice from Columbus’ past helps define a ‘New Southern Woman’ On a clear winter’s night in December 1860, Eliza Lucy Irion Neilson of Columbus sat down with a notebook and began writing her life story. One hundred and fifty-three years later, those who have come after her have a firsthand account of the ordinary and extraordinary world of the American South during and after the American Civil War. Courtships and marriages, hardships and grief, family life, religion, education and social events are preserved in journals and more than 130 letters Eliza penned or received and saved.

“A New Southern Woman: The Correspondence of Eliza Lucy Irion Neilson, 1871-1883” is the 28th volume in a series titled Women’s Diaries and Letters of the South. The documentary book’s editor is Dr. Giselle Roberts who is, rather extraordinarily, a native of Melbourne, Australia.

“People are often very intrigued by the thought of an Australian specializing in Southern history,” Roberts said in emails from La Trobe University in Melbourne, where she is an honorary research associate in American History. “When I was 19, I read Charles East’s edition of the Civil War diary of Sarah Morgan, the journal of a young Southern woman from Baton Rouge, La. Reading her diary literally changed my life.”

Roberts was in her first year at La Trobe at the time, studying Australian politics and reading book after book on the Civil War. She received her doctorate in 2000 and was recently named co-editor (with Melissa Walker of Converse College in South Carolina) of the Women’s Diaries series by its publisher, the University of South Carolina Press.

Roberts’ fascination with the American South was cemented in 1998, when she spent several weeks in Mississippi researching material for her dissertation on young Southern women in Mississippi and Louisiana during the Civil War. During research, she came across Eliza’s diaries and correspondence at the Mississippi Department of Archives and History in Jackson and felt they were historically significant.

“They provide us with a rare window into life in the South,” said Roberts, pointing out the insight about the political and social landscape woven into the fabric of everyday life. Eliza’s commentary on her family and community unfolds with warmth and humor. “She was an exceptional storyteller,” the researcher said.

Looking back in time

Eliza, born in Somerville, Tenn., in 1843, moved to Columbus as a young girl with her family and lived most of her years at Wildwood Farm and Willow Cottage, a “large, established farm nestled on the banks of the Luxapalila.”

Throughout the book, Eliza tells of good times and hard — of life at boarding school in Corinth, of meeting her future husband, of churches in Columbus and balls at the Gilmer, and of many of the town’s citizens. She also comes face to face with the grim reality of war.

During the War Between the States, Columbus was home to an arsenal that employed about 1,000 people to produce munitions. It also served as a hospital base after battles. But for the most part, Columbus occupied a rare pocket that saw neither conflict or extended Union occupation. Regular rumors of impending Yankee invasion made the “people in general and women in particular turn lunatics,” burying the “silver in particular and everything in general,” wrote Eliza.

“All social affairs were neglected and jewelled fingers were busy knitting for the soldiers,” she recorded. Sewing societies were organized and “whole hearts, minds and souls were taken up” with anxiety and concern for those off at war.

In 1862, the Battle of Shiloh brought the stark aftermath of conflict to Columbus.

“Our town was filled to overflowing with the sick and wounded,” penned Eliza. “Every public building and even our churches were taken as hospitals, and still there were more to accommodate. Private citizens then threw open their houses and the poor soldiers found rest beneath their hospitable roofs.”

Eliza’s own brother and three cousins died during the war.

Passages she wrote just weeks after the surrender at Appomatox reveal a deep-seated uncertainty. “Times are so unsettled!” “The horrid blue coats are in our midst: in our streets, in our kitchens and in our churches!” ” … The gentlemen are like caged tigers — so restless, so anxious for settlement.” “… New goods have been brought into town, but no one has any money to buy anything. Everybody feels so poor.”

In the months and years that followed war, Eliza, her sisters and niece — and all their Southern sisters — had to find ways of becoming women of the New South. It was a watershed time, an era of turning war-torn vestiges of antebellum femininity into a workable postwar reality within a new social order, wrote Carol Bleser, the late editor of the Women’s Diaries series.

Historians contend that, on one hand, there was a resurgence of more conservative ideas about Southern womanhood, as ladies committed themselves to domestic usefulness. Others argue that women became more outward-looking, embracing paid employment, independence and intellectualism.

Roberts feels as though she came to know Columbus, at least a bit, through Eliza. The researcher set out to tell the story of one woman, but soon realized she was also telling the story of a family and, perhaps more importantly, a dynamic community and the women at the forefront of its cultural, religious and educational landscape.

There are thousands of wonderful stories like Eliza’s sitting in archives across the country, Roberts said — in letters and diaries written by others like one woman in Columbus more than 150 years ago. One who sat down on a winter’s night to begin a “sacred volume of memory before my mind’s eye.” Those stories are just waiting for someone to discover them. 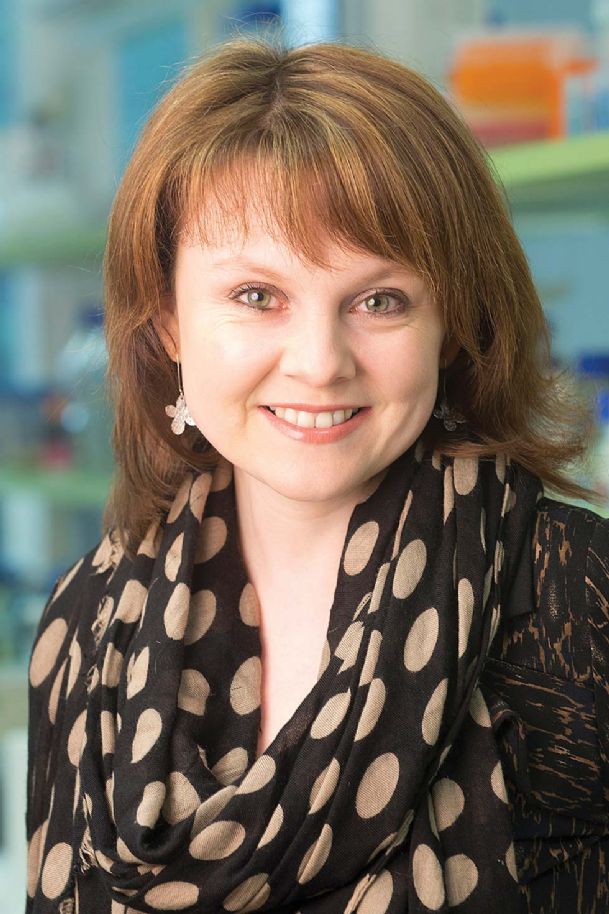 Dr. Giselle Roberts of La Trobe University in Melbourne, Australia is a dedicated researcher of American Southern history and edited the documentary book on Eliza Neilson’s correspondence and journals. Photo by: Courtesy photo