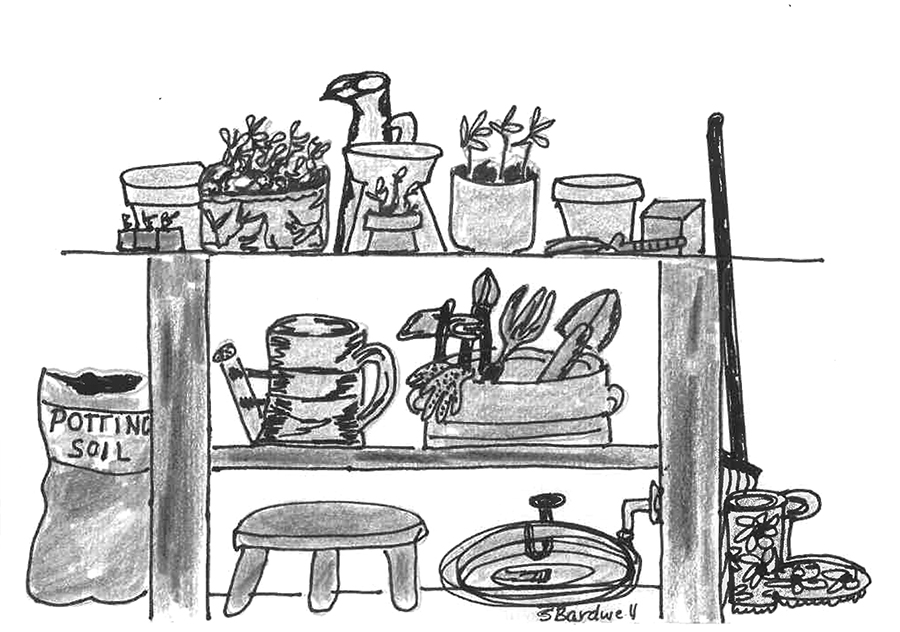 Possumhaw: In with the new

By Shannon Bardwell • 16 hours ago

It’s been a beautiful spring if not an odd one. I can’t decide if it’s really more lovely than every spring or if it’s appreciated more after a long season of a hot summer, a cold winter, along with enduring separations from those people we care about. The rains have been plentiful and the flowers, trees, and grasses abundant.

Letter: Opinions on the state of the country

Thoughts to ponder. Keeping up with news these days is depressing to say the least. At the national level, we’re on the Titanic without a

By Veronique de Rugy • 17 hours ago

I’m always amazed to hear people say that the national debt doesn’t matter because interest rates are low. Yet, it’s a common refrain on the left and sometimes on the right. The next step in that line of thinking is that if accumulating debt is so cheap, we shouldn’t think twice about spending more today without offsetting it with additional taxes or spending cuts. That’s wrong. By Birney Imes • 2 days ago

One morning in June of 2020, Robert Gregg got up before dawn, drove to a regional farmers’ market and bought a trailer-load of watermelons.

Slimantics: As of Friday, Mississippians are lesser citizens

What do you call a form of government where all three branches — legislative, executive and judicial — conspire to stifle the will of people and suppress their rights?

By Editorial Board • 2 days ago

A rose to Crime Prevention Task Force, which will use its monthly meeting to stage a town hall to discuss its plans and seek citizen

The Centers for Disease Control announced Thursday something most of us have been waiting for a long, long time — people who have been fully vaccinated no longer need to wear masks, practice social distancing or avoid monster truck rallies.

Mississippi’s resistance to early voting — and the backtracking of other Republican-led states that previously were receptive to it — makes sense only if you consider it from a politically cynical perspective.

Froma Harrop: Liz Cheney is not going to the ‘political wilderness’

Liz Cheney’s ouster from the House Republican leadership has prompted many observers to say that the Wyoming representative is headed to the “political wilderness.”

Thursday morning, Columbus officials scheduled a press conference to discuss the recent crime and shooting incidents in the city. Representatives of the Columbus Police Department, the mayor’s office, the Police Oversight Committee and the Citizen Task Force on Crime to discuss the issue and, presumably, what steps are being taken in an effort to address the problem.

Ten children were among 28 killed in Gaza in the Holy month of Ramadan, while two Israeli women were killed as Israeli air strikes pounded

That, as you may recall, was the explanation attorney Joseph Hurley offered last week at a court hearing for his client, accused Capitol insurrectionist Anthony Antonio, who is facing five federal charges for his role in the attack.

Our View: There’s no gas shortage, unless you create one

Tuesday was a rare day, one in which an emerging issue has yet to be given the poison pill of partisan politics.

The first round of 2020 Census data can be read as nothing but bad news for Mississippi. We were one of only three states to lose population, a fact only compounded by the strong population growth from the rest of the South.

After hearing Bradley Lum speak to our Rotary Club, I was so pumped. I could see a path to reforming our prison system in Mississippi, something we desperately need to achieve if our state is to move forward.

On Monday, Mississippi Governor Tate Reeves, who can’t resist any opportunity to punish the poor, announced the state will end federal pandemic subsidies for unemployed

In his 1996 State of the Union address, President Bill Clinton said: “We know big government does not have all the answers. We know there’s not a program for every problem.” In short, “The era of big government is over.” ‘Tis the season for the annual box turtle migration. Remember when after a spring/summer thunderstorm sidewalks would be littered with red squiggly worms.

Last week, Katie Bauerlin wrote a letter to the editor critical of Biden’s tax plan and asked where the money is coming from. Joe Biden’s